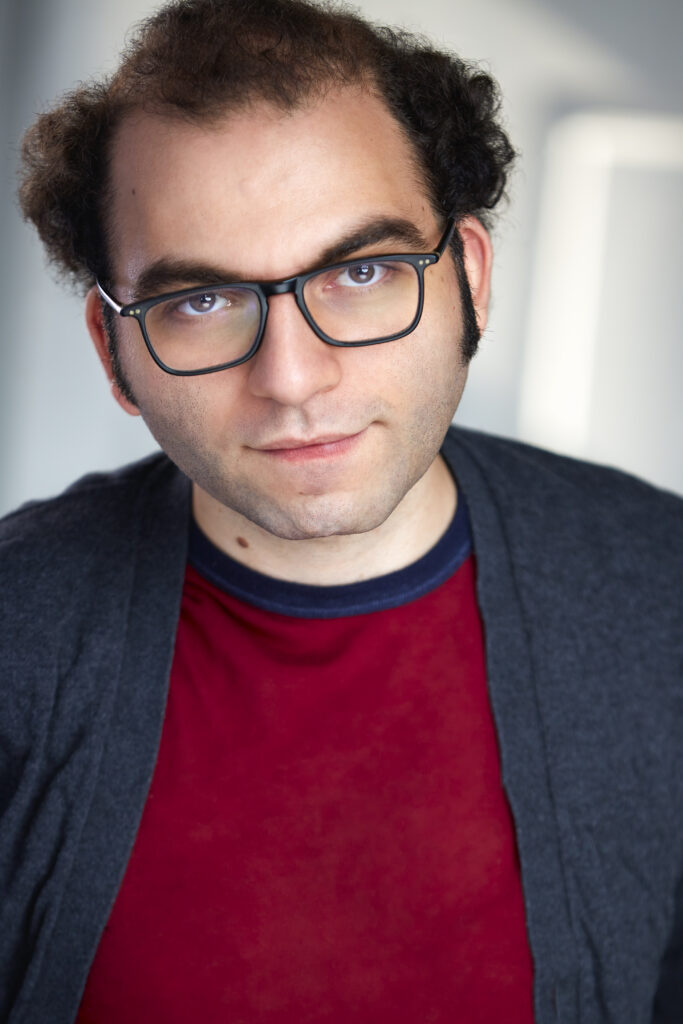 David Bluvband is an Actor, writer, filmmaker, and improviser with over 15 years of performing experience. David has studied improv and sketch at the Upright Citizen’s Brigade Theater, The People’s Improv Theater, The Magnet Theater, and the Second City Training Center in New York City.

You may recognize him as the Human Fish as a part of the alt-comedy talk show, The Chris Gethard Show, which began on Public Access TV. He’s also appeared on The Marvelous Mrs. Maisel, Broad City, The Late Show with Stephen Colbert, and the Netflix Series Hollywood created by Ryan Murphy.

David co-wrote, with John Trowbridge, an animated pilot called Elon Musk: Galaxy Defender which was chosen for the Pitch Competition at the Just For Laughs Comedy Festival in 2019. David was also in a European Car Commercial with Robert Di Niro, and he loves talking about it because it was insane.

Get the Rubbish you want in your inbox!

Sign up for discounts on classes, comedy tips, and show announcements with our "Trash Is Treasure" newsletter every week!

Thanks for signing up! Tuesday is Trash Day, so keep an eye out for our newsletter. We'll keep it compact!

Follow us on social media for the best Rubbish on the internet!